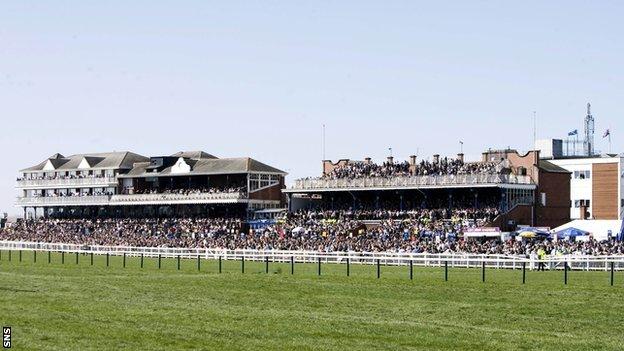 Nuts N Bolts is rated at odds of 16-1 to give Kinross trainer Lucinda Russell and the County Set partnership a home triumph in Saturday's £180,000 Coral Scottish Grand National at Ayr.

Owner George Godsman said: "He stayed on really well to finish sixth at the Cheltenham Festival last month. He is an outstanding each-way chance."

Godsman, who formed the County Set partnership in 1995, added: "Nuts N Bolts loves Ayr and will relish soft going - indeed, the more rain, the better for him.

"The County Set are the leading owners at Ayr this season and, with five Aberdonians in the partnership, it would be a dream to see our red and white silks in the winner's enclosure on Saturday.

"Lucinda is delighted with the horse and we've already beaten Rival d'Estruval, the ante-post favourite, so we have every right to be hopeful."

Meanwhile, Perth's three-day festival meeting, one of the best fixtures in the British jumps calendar, is under orders at 13:00 BST on Wednesday 24 April as the Scone track celebrates 400 years of racing in Perth.