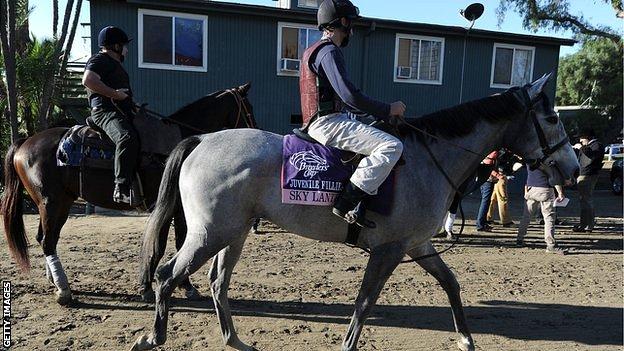 Sky Lantern heads a strong line-up of 14 fillies in Wednesday's Nell Gwyn Stakes on Newmarket's Rowley Mile, a key trial for the 1,000 Guineas.

The Richard Hannon-trained filly will race with a 3lb penalty after her Group 1 victory at the Curragh in September.

Among the other fillies declared are Waterway Run and Light Up My Life, who were first and second in a race over the Nell Gwyn course and distance last September, and Hot Snap, a half-sister to six-time Group One-winning mare Midday.

Hot Snap, trained by Sir Henry Cecil for Prince Khalid Abdulla, won her only start, an all-weather maiden at Kempton last September, and is highly regarded by her connections.