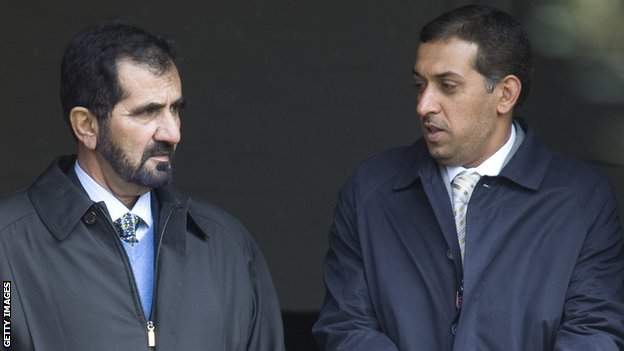 British horse racing is understandably concerned about its own reputation following the Godolphin doping scandal that resulted in an eight-year ban for trainer Mahmood Al Zarooni.

Initially, the widespread emotion was shock following the extraordinary events of this week.

How could this have happened in what's supposedly one of the best-policed jurisdictions on the globe?

Once the scale of the situation at the world's biggest stable became apparent, fears about the future grew.

How might potential investors, whether owners, breeders or punters, react at the possibility that the playing field, on which everybody competes, is not as level as believed?

Will the suspicion grow that use of outlawed performance-enhancing substances is widespread?

The signs are that racing need not panic.

You might be hard-pressed to find a sport that has found itself in the eyes of so many storms, at the heart of so many rumpuses.

There has been the maelstrom caused by the flurry of corruption cases, involving talk of races being thrown, as well as the regular controversy around animal welfare at the Grand National.

Sceptics, who predicted both might send racing into sharp decline, are saying much the same after this latest case, but there is limited evidence to back up such theories.

The numbers of people wanting to get involved as participants and spectators are healthy. As for the betting industry, betting on racing - as a percentage of a bookmaker's business - may be falling, but the situation has not apparently accelerated.

But, as cycling in particular has discovered, while drugs storms can be weathered by handing out severe penalties, mud sticks, even if only in the back of people's minds.

This incident is likely to be isolated and the sport's spin doctors are already working to find - no pun intended - positives for the future from this otherwise sorry episode.

The British Horseracing Authority (BHA) claims to regulate the cleanest of racing corners, while these latest cases of doping were at least detected prior to the horses competing this year.

The matter has been dealt with quickly, even if some believe the timing looks like it was essentially to aid Sheikh Mohammed, a head of state as well as a racehorse owner, deal with the embarrassment.

For his part, the Sheikh, who said he was "angered and appalled" at events, has signalled no horse will run from what was Al Zarooni's stables in Newmarket until they have been given a clean bill of health.

You can't help but think that officials at the BHA should have issued that particular order.

If something good can arise from a situation that has been quite so bad, it is surely more harmony among the world's racing authorities about general drugs policy.

The anabolic steroids at the centre of the Godolphin case are actually allowed "out of competition" in Dubai and Australia, a policy which a senior Australian vet acknowledges leaves his European colleagues "askance".

In the United States, permitted use of Phenylbutazone (bute) has caused a major controversy.

When organisers of the Breeders Cup chose not to ban the anti-inflammatory drug, Sheikh Mohammed's chief representative in the US resigned from his position on the competition's board.

These discrepancies are simply not acceptable and let's hope an incident as big as this one can focus minds to change things.

Meanwhile, Sheikh Mohammed will seek to put his Godolphin house in order, as transparently as possible presumably, just as the European Flat racing season gets into top gear.

Ironically, the favourite for the first British Classic race, Newmarket's 2000 Guineas, is Dawn Approach, a colt owned by the Sheikh but trained by Jim Bolger in Ireland.

So within days, 'the Boss' could be a big winner again. If that happens, it will only begin to counter-balance the undoubted losses he will take from the anabolic steroid scandal at his personal stable.