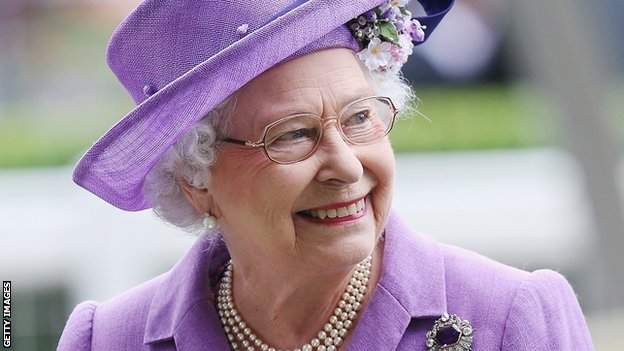 Her broad smile said it all - this was not just a historic afternoon for the Queen, but the so-called Sport of Kings with which she is so intrinsically connected.

Sixty years after enjoying a first Royal Ascot winner as an owner, in the year of her coronation, she crowned a Ladies' Day where leading ladies made it an extraordinary afternoon.

Her filly Estimate just held on in a pulsating running of the 207th Gold Cup that saw the monarch break free of her regal sobriety to show the sheer enjoyment of winning.

As the four-year-old saw off the Irish challenge of Simenon and the French raider Top Trip, she clapped alongside her racing manager John Warren in the royal box.

Horse: Estimate - A four-year-old filly bred in Ireland by the Aga Khan. Has won four of her seven races. Career earnings: About £280.000

Owner: The Queen, 87, has about 40 horses in training on the Flat and over the jumps

Winnings: A prize of £198,485 goes to the Gold Cup winner. A small percentage goes to both the jockey and the trainer

Presentation: The Queen traditionally presents three trophies at Royal Ascot - the Royal Hunt Cup, the Gold Cup and the Queen's Vase. The Duke of York stepped in this time

Seeing the Queen close up after this triumph made me double check her age. She is 87, but had a spring in her step which defied those years.

The Queen has presented the Gold Cup to the winning owner down the decades, but this time it was finally her turn to collect the trophy as she became the first reigning monarch to win it.

The Duke of Edinburgh of course, who presented her with the Queen's Vase last year when Estimate won that race, was missing this time as he recovers from a stomach operation.

And so it was their son, the Duke of York, Prince Andrew, who did the presentation honours and following a small bow of his head, they shared a warm exchange.

Even jockey Ryan Moore, not known for grand celebrations, looked chuffed after his second Royal Ascot success on Estimate, who was first in the Queen's Vase 12 months ago in Diamond Jubilee year.

"She won well, and to do it for the Queen is fantastic. To win the Gold Cup in her colours is exceptional," said the three-time champion jockey.

Like the odd female, Estimate is not entirely straightforward. She can occasionally be a "pain in the bum" according to her trainer Sir Michael Stoute.

"The girl who rides her every day, Michelle, and Kerry the head lass and Kirstie who led her up have put a lot of hard work in to get her relaxed," said the Newmarket trainer.

"It's a special thrill to win this race for The Queen, and it will have given her enormous pleasure - she really loves the game and it's a great recreation for her. She told me it was a very big thrill and thanked everybody involved.

"This rates as highly as anything, and I know the pleasure it will have given the Queen because she has such a love for her breeding programme, and that's why it will have given her a bigger thrill to win with a filly, rather than a colt. 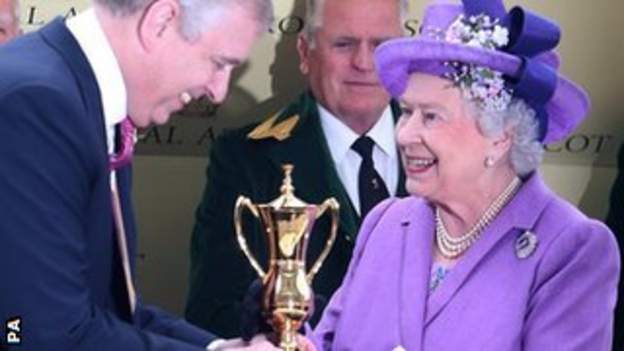 "This win is very high on my list, because it's been done for a lady who, never mind being the Queen, loves racing, is a great supporter of racing and is so good for British racing."

The Gold Cup had been preceded by another hugely popular, and emotional, win for a filly as Riposte - ridden by Tom Queally - triumphed for Lady Cecil, the widow of Royal Ascot's leading all-time trainer Sir Henry Cecil, who died aged 70 nine days earlier.

Her voice cracking with emotion following the Ribblesdale Stakes, she said: "First of all, that was for Henry, the Prince (Khalid Abdullah, the owner of Riposte) and all of the staff at Warren Place - for Team Cecil.

"I don't really have the words to say what I am feeling right now. I think people will probably have a good idea. Henry was just adored by so many people. People who had never met him just loved him."

Joining the Queen and Lady Cecil in this highly charged day of thrilling female victories was the Ireland-based trainer Joanna Morgan.

In 1978, she was the first professional woman jockey to ride at Royal Ascot when partnering Gallowshill Boy in the Queen's Vase.

The Queen at Royal Ascot

Thirty-five years on, she secured her first victory at the meeting as a trainer when 20-1 shot Roca Tumu obliged in the Britannia Stakes.

"It is a dream to win here - what you work every day for," said Morgan

"My first runner here as a trainer came third in the Queen's Vase about 25 years ago. I have had several runners since but not got any closer until today."

So where did 20 June, 2013, stand in the rich tapestry of this world-famous meeting where top thoroughbred action mixes with high fashion?

"This is a seriously historical day in our [racing] world," said Newmarket trainer John Gosden, a close friend of Sir Henry, who won the Tercentenary Stakes on Thursday with the Abdullah-owned favourite Remote.

From the top-hatted toffs in the Royal Enclosure to the cheaper, cheekier Silver Ring, there was an air of celebration among the crowd of 61,954.

Estimate was the well-backed favourite after all. Only the bookies were hurting, and even some of them were smiling on the inside.

Ascot's chief executive Charles Barnett reckoned there were "some of the greatest scenes ever seen in the long history of the Royal meeting".

Ireland's champion National Hunt trainer Willie Mullins, who narrowly missed out on winning jump racing's Gold Cup at Cheltenham in March with runner-up Sir Des Champs, had to settle for second again as Simenon was denied by a neck.

"I wasn't too disappointed to be second - maybe for the first time in my life," said Mullins, who called it the "perfect race".

"This is a fantastic result for racing. The stands just erupted about the furlong-marker and then everyone rushed back to the back of the stands to see the winner come in - it was a fantastic atmosphere."

Racing needed this - the last two months have seen a stream of damaging headlines after a major doping scandal and a corruption case which saw jockey Eddie Ahern banned for 10 years.

With Estimate and the Queen taking racing onto front pages and the top of news bulletins for positive reasons, it is hard to over-estimate the value of Her Majesty's contribution.

There was an extra zip in the feelgood post-race singsong for punters around the Ascot bandstand as the sun shone on a day when thunderstorms were expected.

The Queen's winning horse Estimate is the first filly to win the Gold Cup at Royal Ascot since Indian Queen in 1991.

It was hard, however, not to look to the heavens and think of Lady Cecil when the band played You'll Never Walk Alone.

Earlier, Riposte's jockey Queally had said: "It has been a tough, tough week and I know that a lot of people are struggling, emotionally as well as everything else."

Known by many simply as Jane, Sir Henry's former secretary has shown a regal dignity in her time of grief.

"Keeping busy is what is keeping us all going - if we had nothing to do, then I think we would all fall to bits," she had said.

Her husband's funeral is on Monday. He would have loved all this - a script fit for Ascot's king, with his Lady, and the Queen, at the centre.