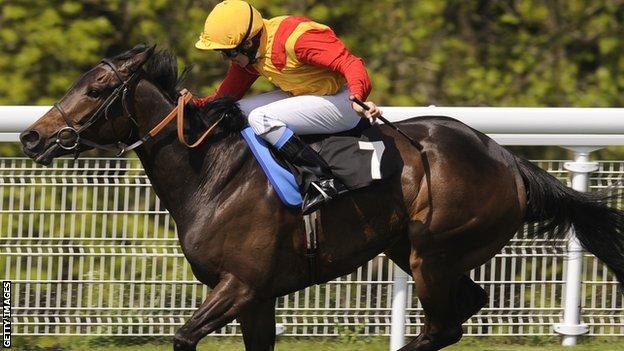 Dual Oaks winner Snow Fairy has been retired after aggravating an old tendon injury during a workout.

The six-year-old mare was being prepared for a return to action by trainer Ed Dunlop on Tuesday when the career-ending problem was discovered.

"It is with much sadness that a decision was made this morning to retire Snow Fairy," the Newmarket handler said in a statement.

"She was found to have re-injured her near fore tendon."

Her last success was the Irish Champion Stakes at Leopardstown in September 2012.

Snow Fairy will be sent to Ireland to embark upon broodmare duties and will be covered next year by her owner Cristina Patino's stallion Elusive Pimpernel.