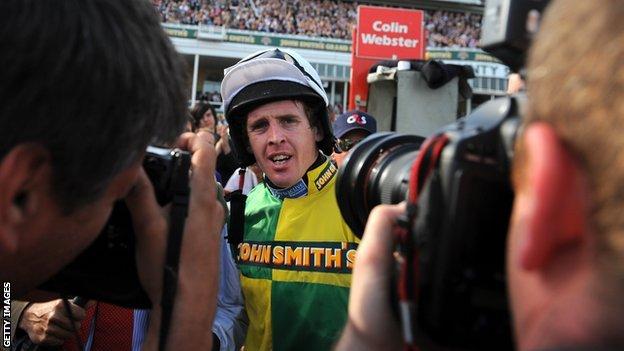 Jason Maguire escaped more punishment after a British Horseracing Authority (BHA) inquiry into his use of the whip.

The 33-year-old jockey was found guilty by stewards of using his whip above the permitted number of times on runner-up Atlanta Falcon at Cartmel on Tuesday.

It would have been Maguire's fifth whip offence in six months, warranting a suspension of between 14 and 42 days.

The BHA found he was not in breach as his first two uses of the whip were further than 660 yards from the finish.

Maguire, who was legally represented at the disciplinary hearing, is in second place in the 2013-14 jockeys' championship, trailing 18-time winner AP McCoy (on 56) by 22 victories after Wednesday's racing.

He was given a five-day suspension in April 2011 for excessive use of the whip after winning the Grand National at Aintree on the Donald McCain-trained Ballabriggs.