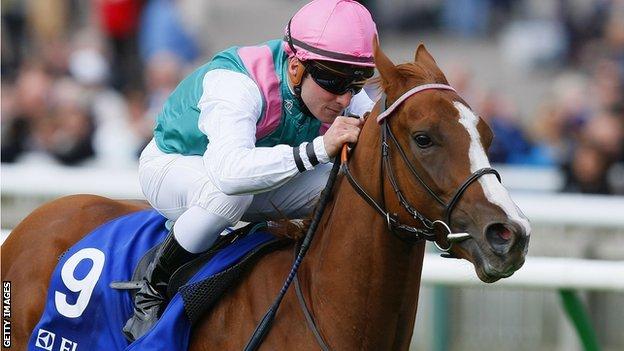 French jockey Stephane Pasquier has been issued with a three-month suspension for testing positive for a banned substance.

The medical commission of racing authority France Galop issued the ban on Thursday after he was tested at Longchamp on 11 April.

Pasquier immediately announced that he will appeal against the suspension.

France Galop officials are investigating the possibility his sample may have been contaminated.

They will also investigate whether the rider might not have "deliberately" consumed the prohibited substance.

A statement issued by Pasquier's agent, Herve Naggar, read: "Stephane Pasquier was this morning sentenced to a three-month suspension by the [medical commission] of France Galop following a positive sample for a prohibited substance on 11 April 2013 at Longchamp.

"The France Galop medical commission, which met on 9 July, concluded there was a possibility of contamination or that the incriminating substance was not consumed deliberately.

"As a result, Stephane Pasquier has decided to submit an appeal against the decision of the [medical commission] and will make no comment on the subject while the process is ongoing."

Pasquier, 35, won the 2006 Prix de l'Arc de Triomphe on Rail Link and was successful in the 1,000 Guineas at Newmarket three years ago when Special Duty was awarded the race in the stewards room.

His most recent Group One triumph came when Maxios prevailed in the Prix d'Ispahan at Longchamp in May.