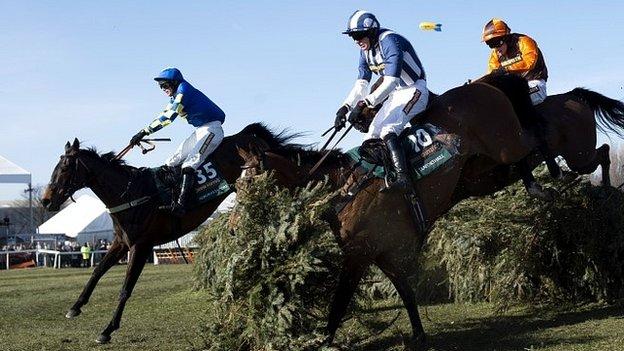 The Aintree Grand National is to have a new sponsor in drinks company Crabbies.

Crabbies, part of a company founded by John Halewood, owner of 2004 Grand National winner Amberleigh House, has signed a three-year-deal worth an undisclosed seven-figure sum.

It replaces John Smiths, which pulled out earlier this year after nine runnings of the famous steeplechase.

Auroras Encore won this year's race, while the 2014 Grand National is set for 5 April at the Liverpool course.