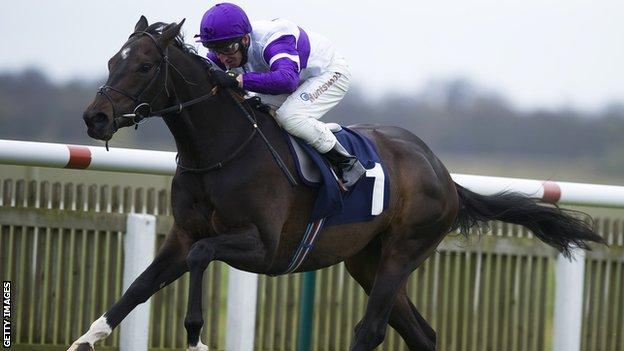 Jockey Martin Dwyer has succeeded in an appeal to the British Horseracing Authority (BHA) not to reciprocate a 56-day riding ban imposed in India.

Liverpool-born Dwyer was suspended for allegedly preventing the horse Ice Age from running on its merits in Mumbai.

"I'm relieved it's all over. It's felt like I've served months of mental torture," said Dwyer, 38.

Riding bans are normally enforced worldwide, but Dwyer said his mount should not have been allowed to run.

"I've fought this the whole way and I'm just pleased to have come out the right side, It's been quite draining," said Dwyer, who insusted his mount had not moved correctly and had suffered a nosebleed during the race.

"When you've done nothing wrong, you've got to fight to clear your name and I think I've done that now."

"This decision is even more significant than it looks as first sight.

"Not only is it unprecedented for a ban imposed in a foreign jurisdiction not to be recognised, but it has emerged British Horseracing Authority officials actually backed Dwyer's case.

"They believe the procedures in India were quite simply unfair to the jockey.

"That's clearly a major blow for the Royal Western Indian Turf Club's reputation, and for that of Indian racing generally, which is trying to raise its profile on the world stage.

"Reprisals are a possibility, which could include British jockeys being barred from riding in India this winter."

The decision brings to a conclusion a process that at one stage saw his suspension increased to eight months on an initial appeal, before the the Royal Western India Turf Club restored the original eight-week penalty.

"It was the BHA's view that there were a number of areas during the process which fell short of being demonstrably fair," said Jamie Stier, the BHA's director of raceday operations and regulation.

Dwyer said he was unlikely to ride in India again, and that he might struggle to be licensed there anyway.

"The thought of not earning a living, with a young family, was awful," he said.

The Professional Jockeys' Association (PJA) has warned its members to be "very, very cautious" about taking jobs in India in the future.

"The decision not to reciprocate the suspension brings to an end to what has been a particularly stressful and worrying period for Martin and his family," said chief executive Paul Struthers.

Dwyer, who won the 2006 Derby at Epsom on Sir Percy, finished a narrow third on favourite Ice Age at Mahalaxmi racecourse on 17 February, prompting an angry response from racegoers.

A head-on video of the race showed Ice Age appearing to drift towards the rail in the closing stages, bumping the eventual runner-up and causing Dwyer to snatch up his mount..