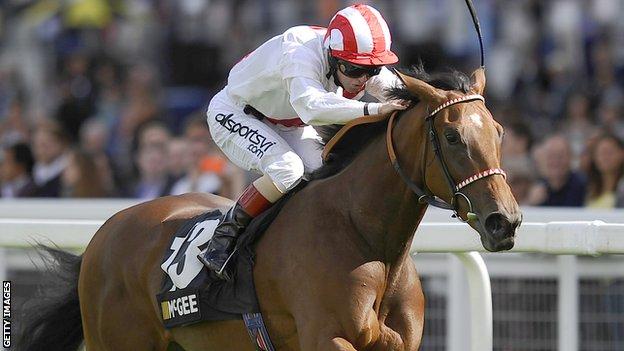 Jockey Franny Norton is being treated for a broken leg in hospital after suffering a fall at Leicester.

The 43-year-old had just been given the leg-up on Princess Tamay prior to Tuesday's Rancliffe Selling Stakes when the filly reared up.

Leicester's clerk of the course Jimmy Stevenson said: "Franny fell off the back of the horse, which reared up and landed on his leg.

"They were just on the chute leaving the parade ring when it happened."

Princess Tamay was withdrawn from the race and there was a delay to racing as officials waited for the ambulance to come back from Leicester Royal Infirmary.

Norton has 70 wins so far this season.