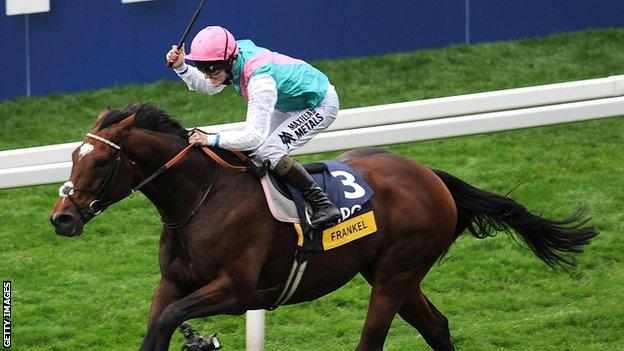 Frankel's jockey Tom Queally is leaving his job as stable jockey at the Lady Cecil's Warren Place yard to ride as a freelance.

Queally, 29, secured a total of 21 Group One wins for the late Sir Henry Cecil, who died in June this year.

"I feel this is the right time to pursue new challenges." Queally told the Racing Post.

Queally's time with Cecil will be remembered for his partnership with the now retired Frankel - who was the highest rated horse ever in Flat racing.

He rode the Khalid Abdullah-owned stallion to all 14 of his victories, including his 2,000 Guineas win in 2011.

"I look forward to maintaining my links to Warren Place, but I feel that the decision to go freelance will open up other avenues to my career," added Queally.