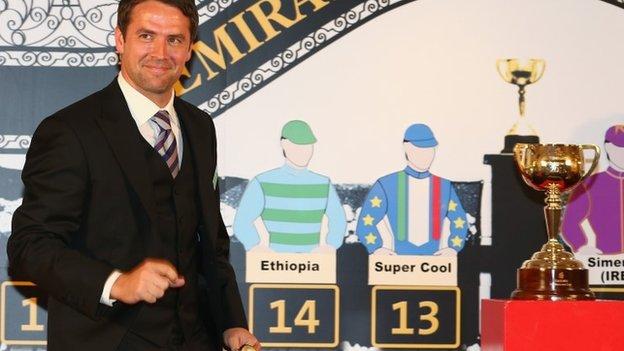 Brown Panther, bred and owned by Michael Owen, has a handy draw in stall six for the Melbourne Cup.

The former England striker's horse is one of six British-trained hopes seeking to make history in the 'race that stops a nation'.

Dandino goes from four while Royal Empire is in stall 11.

"It's probably an ideal draw and I can't wait for Tuesday now," he said.

Ruscello earned a surprise place in the field by winning the Lexus Stakes on Saturday.

Simenon, trained in Ireland by Willie Mullins, is in the middle 12 draw, while favourite Fiorente has a favourable five spot.