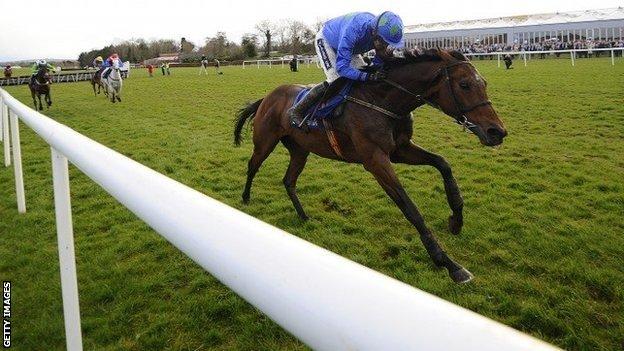 It was a 17th success at the top level for the Willie Mullins-trained horse, who was ridden by Ruby Walsh.

The performance failed to impress the bookmakers and despite winning the Champion Hurdle at Cheltenham in 2011 and 2013, Hurricane Fly remains third-favourite for next year's contest.

Walsh, who won on all five of his rides at Punchestown on Sunday, was quick to pay tribute to Mullins.

He said: "To win 17 is incredible. To keep a horse that fit and that healthy, and to keep running at that level for so long, is an achievement in its own.

"It's a privilege to be able to ride him, but the work everyone puts into it at home is incredible."

Hurricane Fly was among seven winners at two fixtures on the day for Mullins, who had four successes at Punchestown, and three at Cork, where his second jockey Paul Townend enjoyed four victories.