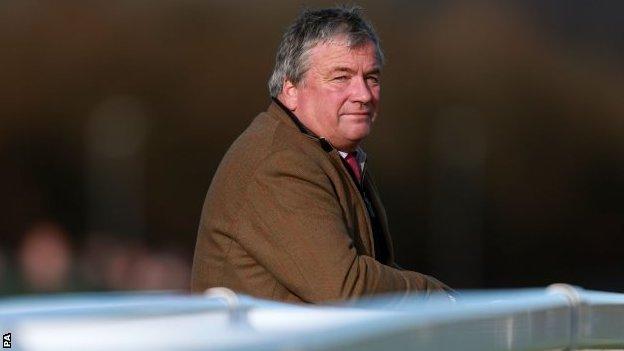 Mad Moose has been forbidden from competing by the British Horseracing Authority.

The racehorse has refused to race or been tailed off in four of his last eight races.

Officials looked at the record of the horse, trained by Nigel Twiston-Davies, after he pulled up in the Tingle Creek Chase at Sandown last month.

And a disciplinary panel has ruled that no further entries will be accepted for the 10-year-old gelding.

Mad Moose was once considered one of the most promising horses at the Gloucestershire stable of Twiston-Davies, who has won the Grand National twice - with Earth Summit (1998) and Bindaree (2002).

He produced a come-from-behind win at Cheltenham in April 2012 hailed as "one of the most extraordinary performances in recent times" and last year finished runner-up to top steeplechaser Sprinter Sacre on Festival Trials Day.

But in recent times he had become more famous for his headstrong antics. He disrupted the start of the Sandown race, and pulled up before the first fence.

The panel considered the available evidence, including from Twiston-Davies himself, and decided to put a premature end to Mad Moose's career.