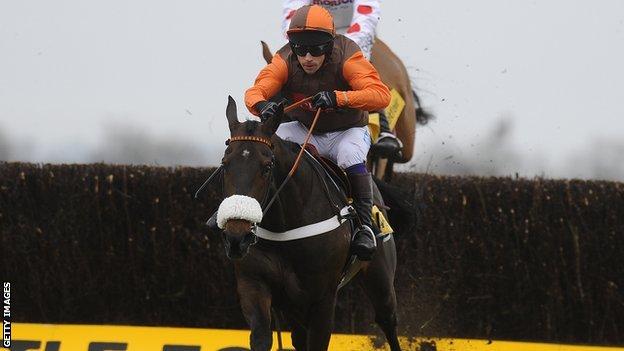 Long Run, the 2011 Cheltenham Gold Cup winner, is among 115 entries for the Grand National at Aintree on 5 April.

Willie Mullins, who won with Hedgehunter in 2005, has eight entries.

The National, which has a £1m purse for the first time, has attracted seven entries from Paul Nicholls, who secured his first National with Neptune Collonges in 2012. His entries are headed by the 13-year-old Tidal Bay.

Jonjo O'Neill, successful with Don't Push It for principal patron JP McManus in 2010, has also made seven entries, headed by the same owner's Sunnyhillboy, beaten a nose in 2012, while David Pipe, who sent out Comply Or Die to win in 2008, has six engaged.

Andrew Tulloch, Aintree's clerk of the course and director of racing, said: "We are thrilled with both the quality and quantity of entries for the 2014 Crabbie's Grand National, which with a prize fund of £1m is easily the richest jump race ever run outside of Japan.

The weights will be revealed in London on 11 February.