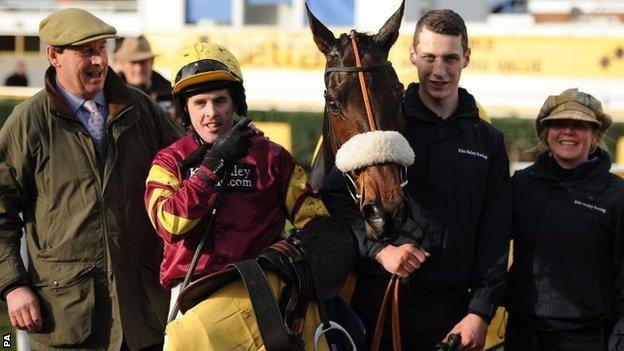 The 7-2 chance, ridden by Jason Maguire, relished the going and will run in next month's Cheltenham Gold Cup should similar conditions prevail.

Walkon was fourth, a placing which means he has passed the qualification criteria for April's Grand National.

Module won the Game Spirit Chase under Paddy Brennan for trainer Tom George in a tight finish from Dodging Bullets.

The winner was headed after the last but battled back to get the result.

Splash Of Ginge sprang a 33-1 shock in the Betfair Hurdle with Ryan Hatch riding the winner for Nigel Twiston-Davies.