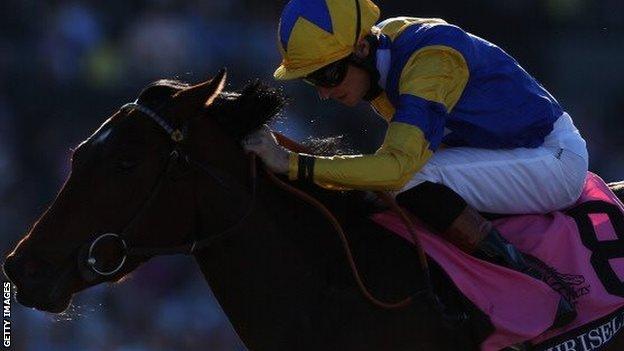 Chriselliam, a bookies' favourite for the Qipco 1000 Guineas at Newmarket, has been put down after failing to recover from a foot infection.

In January it was revealed the three-year-old was suffering with a poisoned foot but she had been expected to make a full recovery.

Trained by Charlie Hills, she won the Fillies' Mile at Ascot last year before also claiming victory in the Juvenile Fillies Turf at the 2013 Breeders' Cup.

He added: "She split her shoe and we thought we had it under control but she took a bad turn and it got re-infected. The antibiotics weren't working and it spread to her pedal bone."

Chriselliam was joint-owned by former champion jockey Willie Carson and music mogul Chris Wright, who tweeted: "RIP Chriselliam. A true champion on both sides of the Atlantic. Only the good die young."