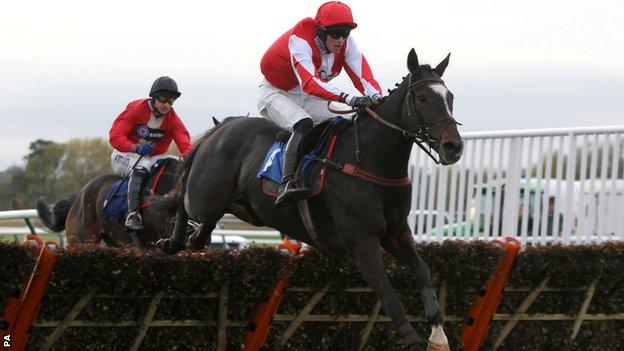 Leading Grand National hope Monbeg Dude is to miss his planned preparation race at Haydock on Saturday after a routine scope showed he was not 100%.

Trainer Michael Scudamore still hopes to give the nine-year-old one race before the 5 April Aintree showpiece.

Scudamore said: "If he isn't 100%, a big race like that [Haydock] is going to find him out and potentially knock him back a long way. "

Scudamore added: "I would still like to get one run into him, maybe at Doncaster on 1 March, but I haven't sat down and spoken to the boys yet."

Tindall's wife Zara Phillips has been involved with training the horse, once rated a bad jumper, and has been credited with helping to improve his performance.

Monbeg Dude, the 2012 Welsh National winner, is among the favourites with the bookmakers for this year's Grand National at around 20-1.