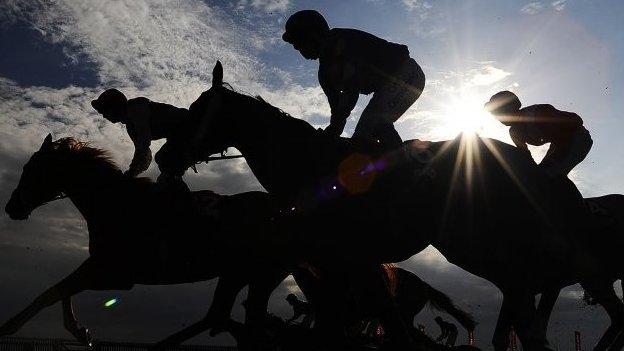 Philip Fenton, trainer of Irish Hennessy winner Last Instalment, has had his case adjourned, after being charged with possession of banned substances including anabolic steroids.

The Irish Department of Agriculture inspected his yard in January 2012.

If convicted, Fenton could face a fine of up to 5,000 euros, as long as six months in prison, or both.

The case will now be heard on 20 March, one week after Last Instalment is due to race in the Cheltenham Gold Cup.

The Fenton-trained The Tullow Tank, third favourite for Cheltenham's Neptune Novices Hurdle, will now miss the race on the orders of owner Barry Connell.

Connell told the Racing Post that he was pulling the horse out because of "uncertainty surrounding the deferral of legal proceedings".

Fenton, based in County Tipperary, Ireland - where his case will be heard - is known for training Cheltenham 2009 champion bumper winner Dunguib.

The horse has been plagued by injury, but won at Navan on Sunday, three years almost to the day since his last success.

Last Instalment, who also recently returned from injury to win the Hennessy, is currently among the favourites to land the Gold Cup on 14 March.