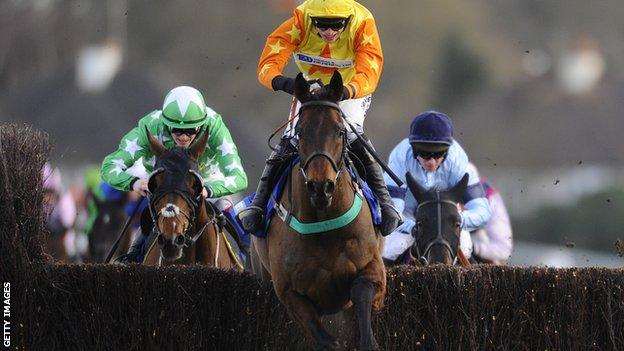 Jockey Ian Popham edged ahead on the Caroline Keevil-trained nine-year-old (28-1) two fences from home and held on to finish a length and a quarter clear in the Grade Three handicap.

The well-fancied Paul Nicholls-trained Bury Parade (15-2) kept going under pressure but had to settle for second.

It was the seventh win in 30 races dating back to March 2010 for Bally Legend, who triumphed over two miles and four furlongs at Kempton in January last year.

Dorset-based Keevil, celebrating the biggest success of her training career, said: "He loves it at Kempton, and the runner-up was carrying top weight so he had a big advantage.

"As a small trainer, you have some highs and a lot of lows, but whenever I am at my lowest ebb, Bally Legend pulls it out of the bag.

"He is in the Byrne Group Plate [at the Cheltenham Festival next month], but today was the big plan and it might be a bit greedy going again at Cheltenham."