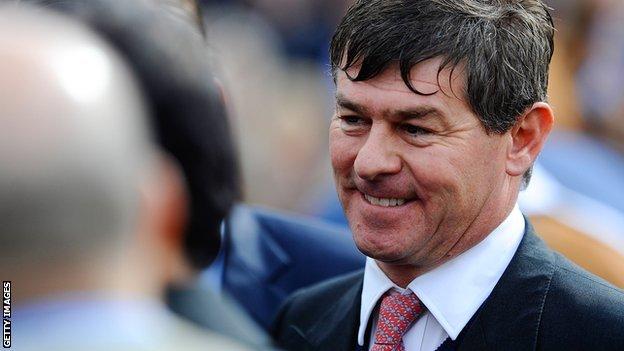 The 51-year-old will take up a new position as global racing adviser to the Sheikh and his family.

It is one of a number of changes made by Godolphin in response to a report into last year's doping scandal, which criticised the way the stable was run.

Godolphin said in a statement that the role of racing manager no longer exists.

Instead, trainers Saeed Bin Suroor, of Al Quoz Stables and Stanley House, and Charlie Appleby, of Moulton Paddocks and Al Asifa Stables, will be the people ultimately responsible for their particular Godolphin stables.

They will also serve as the chief spokesmen for their respective stables and Godolphin.

Last year, Godolphin trainer Mahmood Al Zarooni, who gave steroids ethylestrenol and stanozolol to horses, was banned for eight years, with 15 horses trained by him banned for six months.

An inquiry, led by Lord Stevens at Sheikh Mohammed's request, concluded that the trainer acted alone.