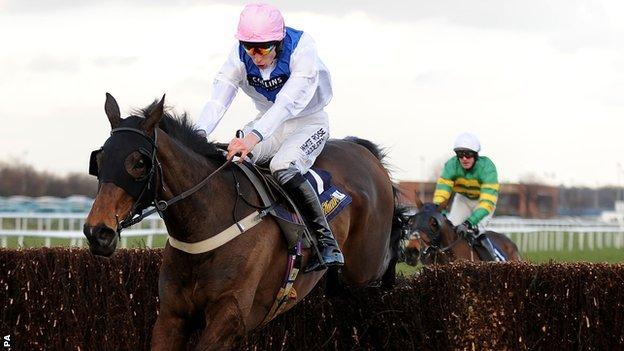 Night in Milan was a runaway 14-1 winner of the Grimthorpe Chase at Doncaster for trainer Keith Reveley.

The eight-year-old was in front on his own from the third-last, beating Storm Survivor (12-1) by five lengths, with 16-1 chance Renard third.

Winning jockey James Reveley, riding for his father, said: "He loved that ground. He pinged off it."

Night in Milan won on Town Moor on his penultimate start, in December, but was pulled up in January's Sky Bet Chase on soft ground.

But back on a sound surface, he shrugged off the company of Golden Call for much of the three-and-a-quarter-mile race before sprinting home.