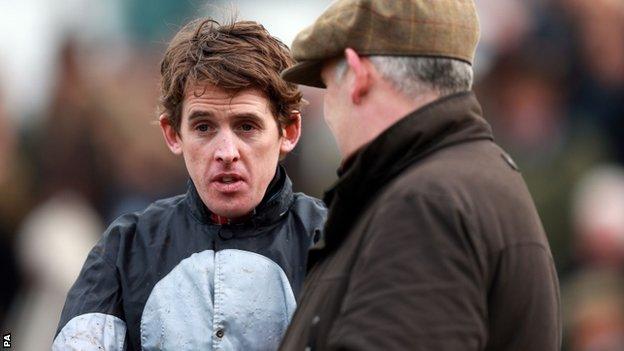 Jockey Jason Maguire is to miss jump racing's Cheltenham Festival after suffering a fractured sternum and bleeding on his liver in a fall at Stratford on Monday.

Maguire was unseated from Scots Gaelic in a two-mile handicap hurdle and was kicked in the stomach by another horse.

He was airlifted to hospital, where X-rays revealed significant damage.

The Grand National winner was due to have three rides on the first day of the Festival on Tuesday.

Niall Hannity, a friend of Maguire, said from the hospital on Monday: "He's definitely out of Cheltenham and his wife, Lauren, is with him."