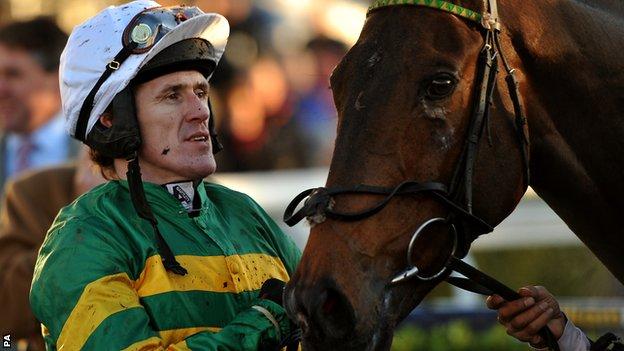 Jockey AP McCoy rode his 200th winner of the season at Haydock on Wednesday.

The 18-time champion reached the landmark for the first time since the 2010-11 season with a victory on Palermo Don, trained by Donald McCain.

Northern Irishman McCoy, 39, is on track to win his 19th consecutive title at the end of next month.

Despite missing a month at the start of this season through injury, he is more than 60 wins in front of nearest challenger Richard Johnson.

He rode at Haydock after a short break in Portugal following a fall at last week's Cheltenham Festival.