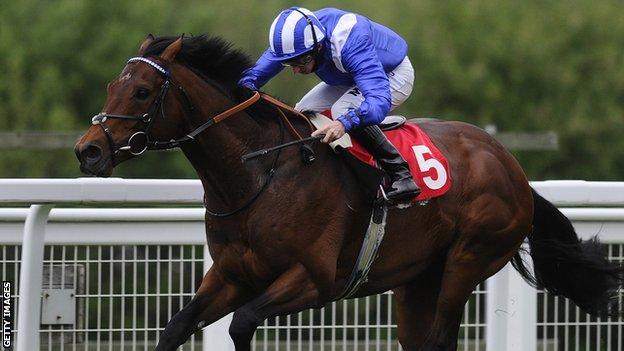 Haggas said: "Mukhadram is in great form. I'm really looking forward to it."

The trainer hopes his horse will cope with the trip to Dubai, adding: "We take travelling for granted nowadays, but it is still a major operation."

Mukhadram was narrowly beaten by Al Kazeem in the Prince Of Wales's Stakes at Royal Ascot and was behind that same rival in the Coral-Eclipse.

Having won a Group Two at York he could finish only fifth to Farhh in the Champion Stakes on ground softer than ideal in October, having suffered a setback.

Now, despite that latest setback, Haggas believes he is ready to take his chance in the $10 million (£6.06m) showpiece on 29 March.