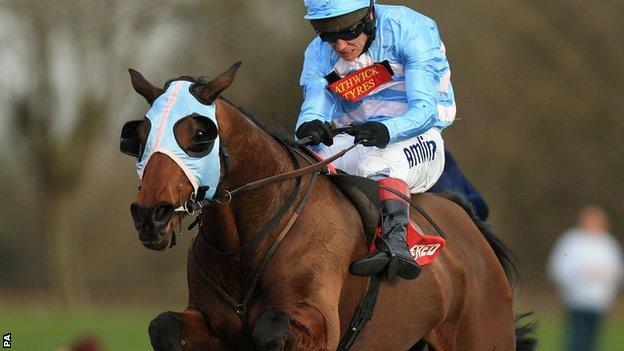 Trainer David Pipe says the eight-year-old gelding will be aimed at next year's big race instead.

Goulanes had been as low as 20/1 for the National after winning the Midlands version at Uttoxeter on 15 March.

"He was fine after the race, but has gone back to his owners for a holiday and appeals as a likely type for the National next season," said Pipe.

Pipe, who won the Aintree marathon with Comply Or Die in 2008, is likely to have three runners this year - Our Father, The Package and Swing Bill.

He says Dynaste, winner of the Ryanair Chase at the Cheltenham Festival, is on course to run in the Betfred Bowl at the National meeting in Liverpool on 3 April.

A total of 73 entries remain in the Grand National, with a maximum of 40 lining up. If, as expected, the race remains over-subscribed, the lowest-rated horses will be balloted out.