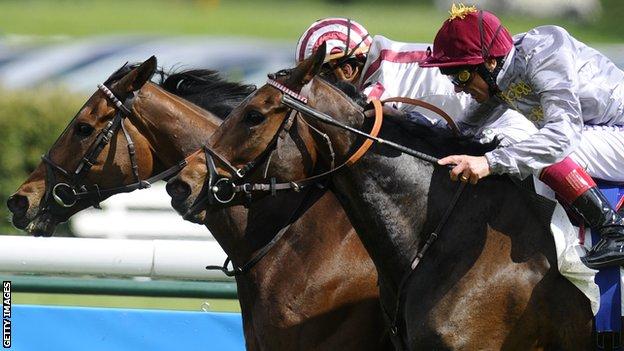 Prix de l'Arc de Triomphe winner Treve suffered the first defeat of her career when she was beaten by Cirrus Des Aigles in the Prix Ganay at Longchamp.

Cirrus Des Aigles may now head for the Coronation Cup at Epsom on 7 June, Derby Day, and a possible clash with last year's Derby winner Ruler Of The World.