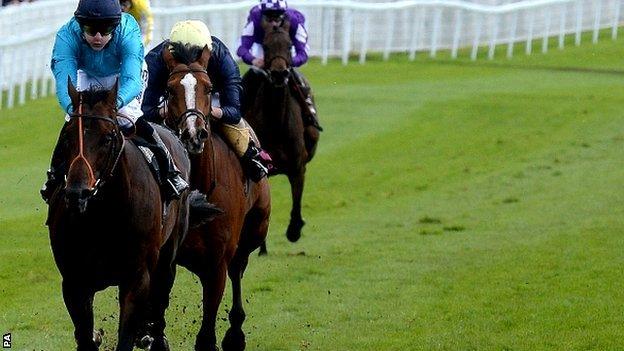 The Tom Dascombe-trained six-year-old was having his first run since where he picked up an injury.

"We went a nice even gallop and he's growing up, it makes my life a lot easier," said jockey Richard Kingscote.

"We mapped out the Ascot Gold Cup as the big early-season target and we thought we might as well come to Chester first.

"Everyone knows our love of the track and it's our part of the world. Probably a big, galloping track would be more beneficial to him but he won here as a three-year-old and he was fit.

"We'll think about Melbourne again and Champions Day also comes into the equation with a Group Two race, but we'll get the first half of the season out of the way first."