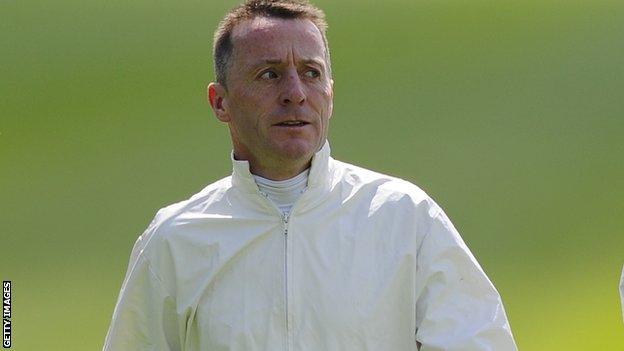 The 49-year-old rider triumphed by one-and-a-quarter lengths from runner-up Lily Rules and Regardez in third.

Several leading contenders disappointed, including Shama, owned by the Queen, and Cambridge.

Fallon, who won the 2,000 Guineas on Night Of Thunder, is due to ride Derby second favourite True Story in the Dante Stakes at York on Thursday.

The Musidora is a trial for the Oaks at Epsom on 6 June, although Simcock indicated his filly would be an unlikely runner if the ground was firm.