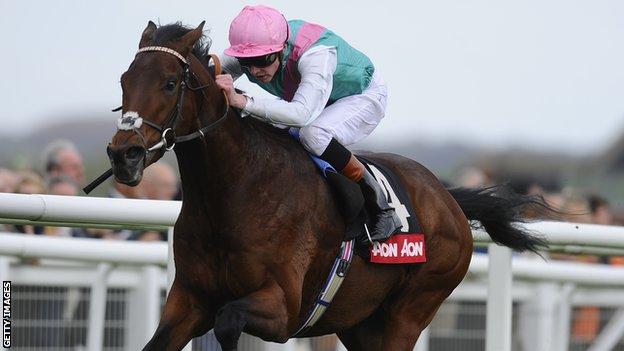 The John Gosden-trained colt was edged out by 40-1 shot Night of Thunder at Newmarket, but his backers scarcely had a moment's worry this time.

And this was a first Irish 2,000 Guineas triumph for Gosden and owner Prince Khalid Abdullah, as Aidan O'Brien was unable to land a fourth straight victory in the race after his main hope War Command was a late withdrawal.

Kingman moved smoothly into contention as the runners came over towards the near rail in the straight, and the response was immediate when Doyle pressed the button a furlong out.

The colt will now be aimed at the St James's Palace Stakes at Royal Ascot next month, when he could face a rematch with Night of Thunder.

"Two furlongs out, you could see he was cruising," said Gosden, who added Doyle had ridden "beautifully".

"He's a very talented horse and it's lovely to win a Guineas with him."

Teddy Grimthorpe, Prince Khalid Abdullah's racing manager, added: "He travelled really well in the race and did it pretty comfortably."

War Command was withdrawn from the race on Saturday morning after overnight rain led to a change in the going.