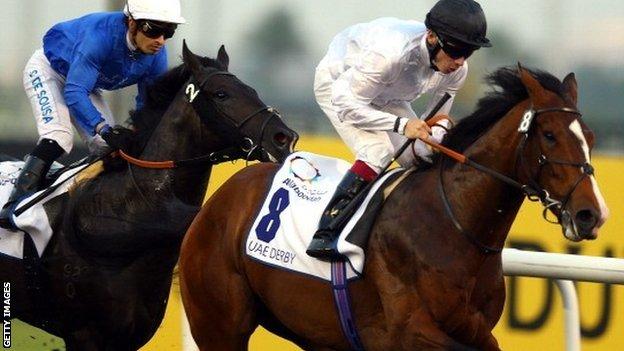 Toast Of New York has been withdrawn from next week's Derby amid fears the ground will not suit him.

The son of Thewayyouare had been added to the Epsom field following his UAE Derby victory but trainer Jamie Osborne and owner Michael Buckley took the decision after the recent wet weather.

He will instead race the Belmont Derby Invitational in New York on 5 July.

"It has been a tough decision," Osborne said: "We want to point him at targets he has a real chance of winning."

He added: "There was always a bit of a doubt at the back of our minds about him getting a mile and a half at this stage of his career and we felt his best chance of staying was if the ground was quite quick. However, that looks highly unlikely now.