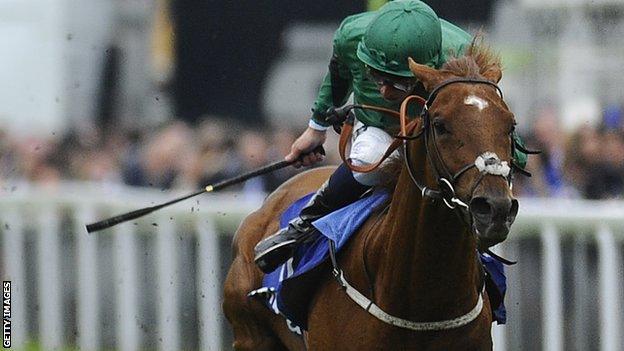 The John Gosden-trained Romsdal has been included as a late entry for the Derby at a cost of £75,000.

Last month the three-year-old colt was beaten by Aidan O'Brien's Orchestra in the Chester Vase and Gosden decided over the weekend to supplement the horse for the Epsom Classic.

The 17-strong field will be headed by favourite Australia, who came third in the 2,000 Guineas four weeks ago.

Australia and Orchestra are among four O'Brien entries for Saturday's race.

Australia and Orchestra will be joined by stable-mates Geoffrey Chaucer and Kingfisher.