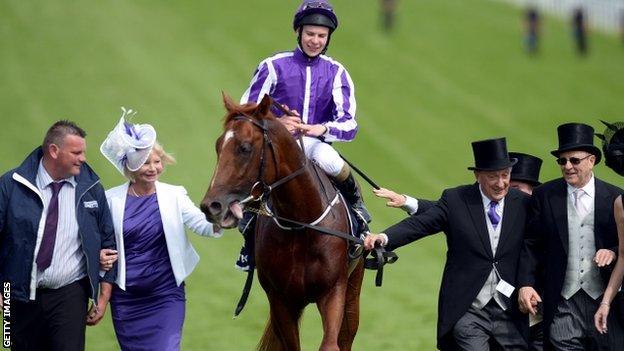 Derby second Kingston Hill and Australia stablemate Geoffrey Chaucer, were taken out of the 17:30 BST race because of the good to firm going.

He says the son of Galileo is the best horse he has trained.

Kingfisher (10th in the Derby) and Orchestra (12th) are also set to run for O'Brien.

Australia will again be ridden by the trainer's son Joseph, who said: "He travelled great and did everything well at Epsom. I'm really looking forward to it."