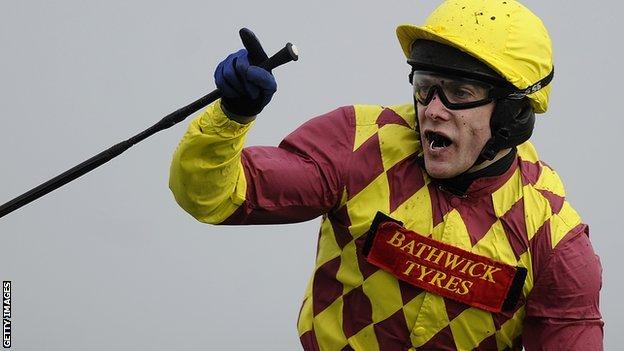 Jockey Tom Scudamore has been given a 12-day ban after he took the wrong course in a race at Cartmel on Monday.

Scudamore apologised after jumping the first fence, rather than the first hurdle, on 7-1 chance Run Forest Run.

The 32-year-old, who rode over fences later in the day, said he had "a mental block", and will now be sidelined for 12 days in August.

The son of eight-time champion jockey Peter, he has ridden 37 winners so far this season, second only to AP McCoy.

He soon realised his error at Cartmel and pulled his mount up, but was given the suspension as the stewards found him guilty of taking the wrong course at a subsequent inquiry.