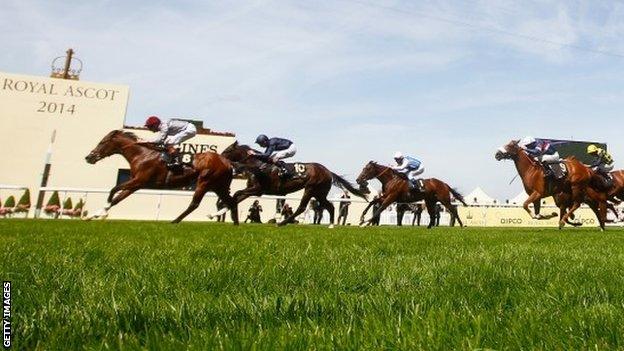 Toronado and Kingman top four entries for Wednesday's Sussex Stakes at Glorious Goodwood, where the course was watered ahead of the race (15:05 BST).

The so-called 'Duel on the Downs' also features Outstrip and Darwin.

Kingman, trained by John Gosden, was second in the 2,000 Guineas before claiming the Irish version and then the St James's Palace Stakes at Ascot.

"While we have huge respect for Kingman, Toronado has a course victory on his CV and that counts for a lot as Goodwood is not an easy track," said Hannon.

In an effort to ensure the ground is not too firm, about four to five millimetres of water was added to three-quarters of the track on Tuesday evening.

Odds-on favourite Kingman, owned by Prince Khalid Abdulla, runs in the colours of Frankel, the only horse to have won the race twice (in 2011 and 2012).

"It's going to be a fascinating contest," said the prince's racing manager Teddy Grimthorpe.

"It's very important for the Classic generation to take on the older horses to try to prove themselves, and he's got other horses to beat, not just one."