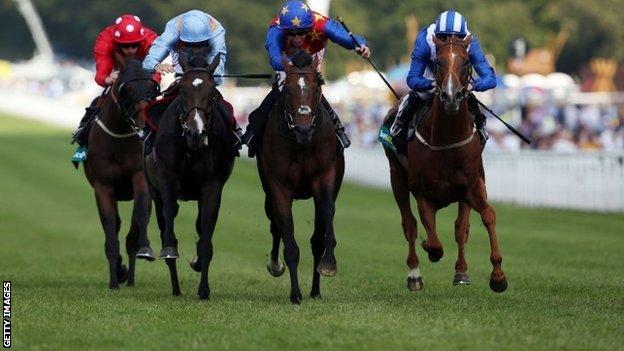 The 7-1 chance held on by a neck to claim the seven-furlong contest from last season's champion two-year-old.

Toormore was a second beaten favourite for the team of trainer Richard Hannon and jockey Richard Hughes.

Their two-year-old Beacon finished third behind Cotai Glory in the Molecomb Stakes.

Meanwhile, two-time champion jockey Paul Hanagan was stood down for the day after a fall on the flat in the Summer Stakes, which was won by 8-1 chance Van Percy.