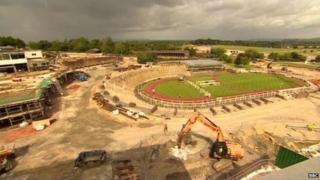 The future for Midlands racecourses

BBC Sport's Dan Pallett concludes his week-long series on the state of horse racing with visits to a Cheltenham under-refurbishment - and four other Midlands tracks, Worcester, Warwick, Wolverhampton and the now disused Hereford.

Cheltenham continues to develop after a £45m pound transformation of grandstand and paddock, but other National Hunt tracks in the Midlands have struggled.

Warwick closed their flat course this summer, amidst concerns about the safety of the track, ending 307 years of history. They now go over the jumps only there.

Worcester has been criticised for offering low prize money, which led to a trainers' protest in 2012 when they withdrew all but one horse from a race.

And Hereford, where they had raced since 1771, is now used only for Arabian racing, showing no sign of reopening following its closure in 2012.

But, on the flat, since introducing its all-weather track and floodlights in 2003, Wolverhampton has bucked the trend. Dunstall Park has become one of the most popular and profitable courses in the country. 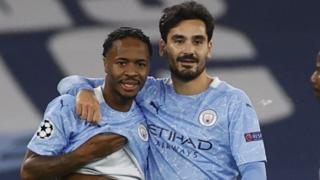 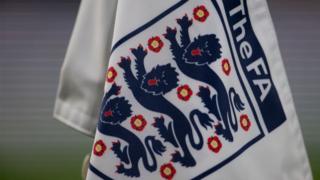