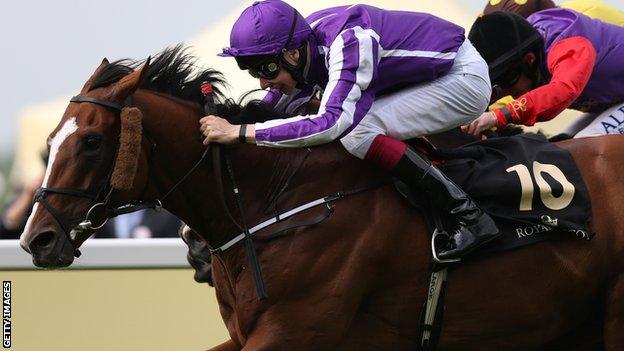 Ascot Gold Cup winner Leading Light may be forced into retirement after being injured in the British Champions Long Distance Cup.

Leading Light was hampered by eventual winner Forgotten Rules back at Ascot on Saturday, suffering injuries to his front legs.

"He has two very bad injuries to both his front legs and there's a chance he might never race again."

Discussing the skirmish which injured the four-year-old, who also won the 2013 St Leger, O'Brien added: "It was an unfortunate incident and the unfortunate part was the horse came out of it the wrong side."