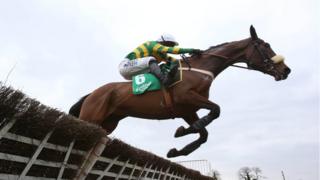 The family members of AP McCoy give their reactions following the official announcement that the 19-time champion jockey will retire at the end of the season.

McCoy was in winning form at Leopardstown on Sunday, one day after making his intentions public, winning the Irish Hennessy Gold Cup on board Carlingford Lough.

Fellow Irish jockey Ruby Walsh also pays tribute to McCoy, who won the Grand National in 2010 on Don't Push It, the same year he collected the BBC Sports Personality of the Year award.