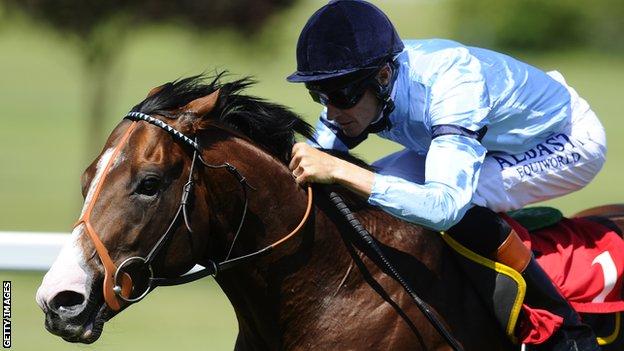 Three-time champion flat jockey Richard Hughes has announced he will retire at the end of the 2015 season.

The 42-year-old Irishman, who has been crowned champion jockey in each of the past three seasons, will start a training career in 2016.

Hughes has started taking his training modules in Newmarket in preparation.

"I'm really looking forward to it. I'm confident I can do a job and wouldn't be heading in that direction if I didn't think I could do it," he said.

"It's going to be a sad day going into the weighing room for the last time, but I'm not going to retire because I'm going downhill. My full commitment is to ride this year."

Hughes has been in partnership with trainer Richard Hannon, who he says will have "horses to look forward to for the next 10 years".

"Hughesie will be going all out to ride as many winners for us this season, but he is very excited about his new venture," said Hannon.

Hannon added: "Training is something that Hughesie has always wanted to do.

"He feels that this is the right time for him to switch, and we look forward to being rivals on the track next year and also at the bloodstock sales in the autumn."