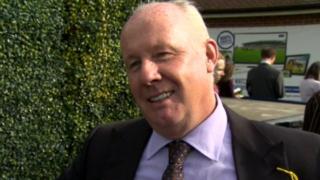 "AP has been magical. Such a decent guy. Driven and passionate. We are all going to miss him," said former Arsenal and Republic of Ireland hero Brady.

The ex-footballer believes McCoy may find adjusting to life away from the saddle "hard for the first 12 months" but says that the county Antrim man will settle down and "make a success of whatever he does".

Brady also had praise for the Northern Ireland football team's progress and said that Michael O'Neill's squad have "more chance of qualifying" for Euro 2016 than the Republic of Ireland.