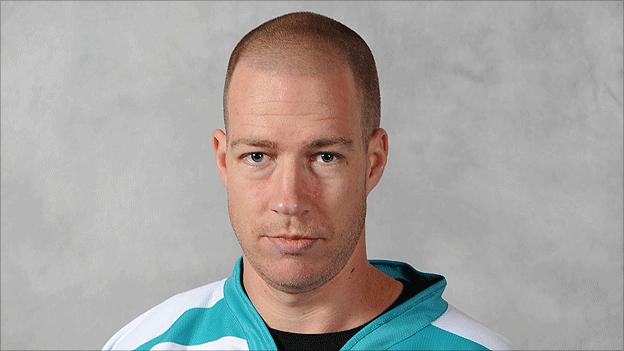 Nick Kuiper scored eight seconds from the end as Elite League leaders Belfast Giants came from two down to snatch a vital win in Nottingham.

The Panthers, second in the table, were two up after the first period through goals by Stephen Lee and Robert Lachowicz.

Adam Keefe pulled one back for the Giants who then equalised through Robert Dowd.

Defenceman Kuiper capped the amazing comeback with the last-gasp winner.

The win gave the Giants two wins and four points from the weekend in Nottingham, an impressive feat in a venue which has traditionally been one of the toughest fixtures for visiting teams in the Elite League.

"For 40 minutes, I would say we were dead out there and we could not get things going, but this team has shown too much hustle and heart all season long and they found a way to win," said coach Doug Christiansen.

"I am so proud of the job they did this weekend. To come out of these two games in Nottingham with four points is an incredible achievement."

Panthers coach Corey Neilson told BBC Radio Nottingham his team put in the effort but did not deliver when it mattered.

"We played fantastic for 50 minutes and played them all over the ice," he said.

"Then we start playing a little bit scared and didn't move our feet and they had a good spell for the last 10 minutes.

"We had opportunities to kill them and we didn't take them - it's bitterly disappointing."