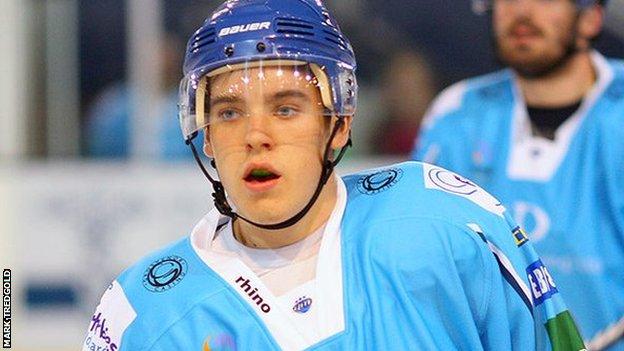 The GB Under-20 international joined the Skydome club from EPL side Swindon Wildcats last season.

Blaze coach Paul Thompson said: "James is a bright young talent and we are delighted to have him with us for another two years.

"He skates as well as anybody at that age and we are working with him on his defensive game."

Thompson continued: "He has bags of ability and up-side and he has exceeded our expectations of him in his first year at this level.

"He wants to play in all situations, he wants to be thrown in there, he is a popular kid and his attitude is first class."