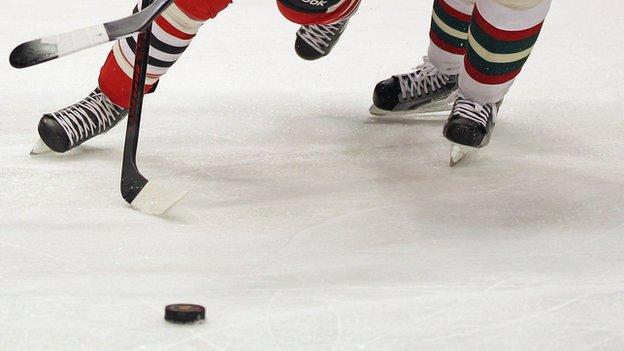 Coventry Blaze head coach Paul Thompson says he will revamp his squad after they lost 7-4 on aggregate to Cardiff Devils in the Elite League play-offs.

Blaze lost 4-1 on the night, aided by two goals from Stuart MacRae, and Thompson was the first to admit his side's shortcomings.

"I'm not going to knock the guys, they are what they are," he told BBC Coventry and Warwickshire.

"But they're not good enough as a group to make us challenge for anything."

He continued: "We've got to have a good rebuild this summer. I'm not here to throw any of them under the bus but we lack quality and it showed (against Cardiff).

"I can't complain about the defeat. Our defence and our goaltending were exceptional tonight.

"But offensively we just didn't work and we didn't stick to what we've been practising all week. Cardiff are a better team, and that's why they've gone on to the final four.