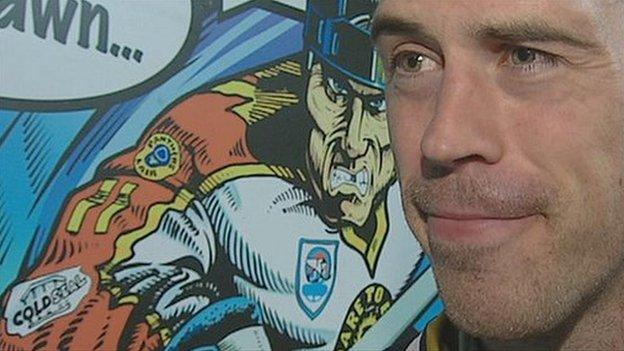 Nottingham Panthers coach Corey Neilson and netminder Craig Kowalski have both agreed to stay with the club.

The pair have signed one-year deals, though Kowalski's includes an option for the club to extend it for an additional season.

If that option is taken up, the deal would see the 31-year-old finish his career in Nottingham.

Neilson will begin the season as player-coach, with a view to moving behind the bench full-time.

"These are both excellent signings for Nottingham. Neilson has been getting closer to that elusive league title win, and he has earned another chance, though it will be interesting to see whether he does move behind the bench full-time as the season goes on. Kowalski meanwhile has been the stand-out netminder of the last two seasons, and guarantees quality and stability in the most important position on the ice."

The 35-year-old joined Nottingham in 2006 under then-coach Mike Ellis.

He won the play-offs in his first season and the Challenge Cup the following year, before replacing Ellis in 2008.

After failing to win a trophy in his rookie season in charge, he has since lead Panthers to five titles in three seasons, including successive Challenge Cup and play-off doubles.

"After being involved with four trophies in two seasons, we wouldn't have wanted anyone else."

Michigan-native Kowalski was signed by Neilson in 2010, following a season in Italy.