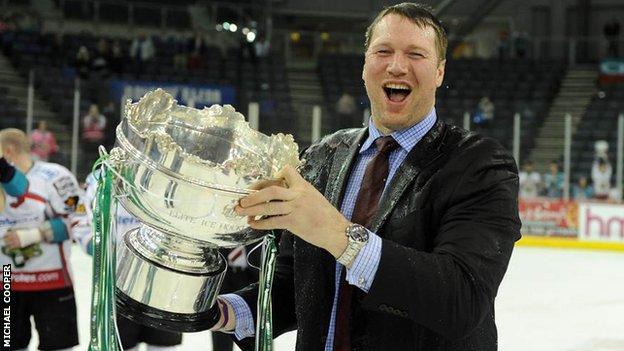 Great Britain international David Phillips is returning to the Belfast Giants in a two-year deal.

The defenseman left the Odyssey club in 2009 and spent two seasons in North America before playing for Coventry Blaze and Danish club Sonderjskye.

"Davey has all the tools. He is big, skates well, has good hands and wants to get better," Giants coach Doug Christiansen told the Giants website.

"I expect him to be big part of why we win, playing a smart and simple game."