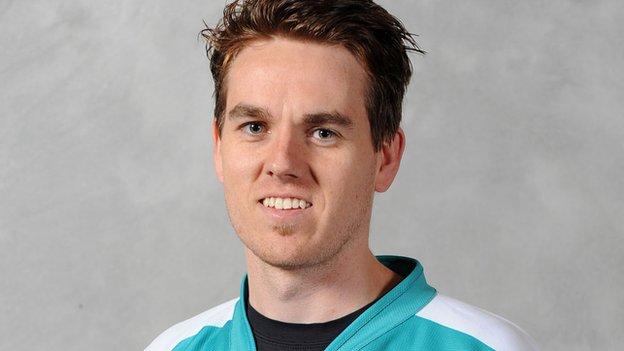 Great Britain netminder Stephen Murphy is staying with the Belfast Giants for the 2012/13 season.

The Scottish-born Murphy was a key player in the Odyssey team which won the Elite League title in March.

Murphy led the league in all goaltending categories including shutouts, with seven blank sheets.

"Getting Stephen back is a massive coup. Murphy is the best goalie in the league and was our best player last season," said coach Doug Christiansen.

He added: "Stephen has ice water running through his veins. He is extremely composed and never gets upset. He is very focused on his job and maintains his own routine.

"I am excited to work with him again next season. I know he had offers to go to other countries but his return signals that he is committed to helping us defend our title."

Murphy made history last season as the first-ever British goalie in a championship winning team.

He was picked as the league's Best Netminder and was named in the Elite League's First All-Star Team.

Murphy, who will be on the Giants roster for a fourth season, was also voted Top British Netminder by the UK Ice Hockey Journalists for the third year in a row.