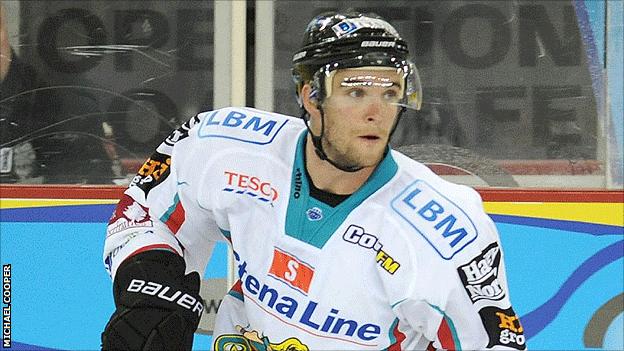 "He is hands-down the best hitter we have ever had in Belfast," said Giants General Manager Todd Kelman.

"Lloyd was a huge part of our championship season and he has already told us that he expects to raise his game to another level next season."

"There is no half-speed in his game, he is 100% all out every single time he hits the ice. It doesn't matter who he is playing, he just has one gear - overdrive.

"There were games last year that he carried the team on his back and when we had alot of injuries and were wondering who would step up to lead the team offensively, there he was to take on that role.