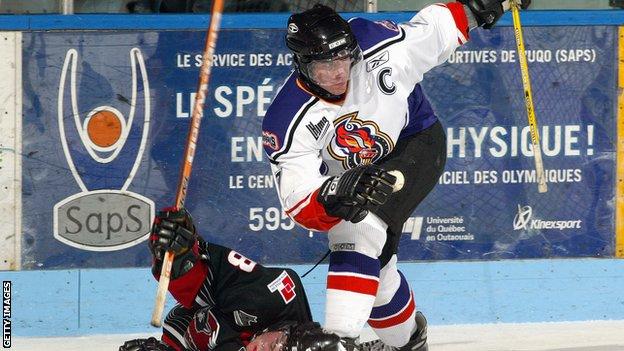 Belfast Giants have signed Canadian defenceman Sam Roberts as they continue to fill their roster for next season.

The 27-year-old is a former East Coast Hockey League All-Star and is coming off a successful season in the Austrian Nationaliga.

He is an offensive defenceman who will play a key role on the Giants' powerplay next season, according to head coach Doug Christiansen.

"Sam is hungry to play in Belfast and to be a 'go to' player," he said.

In his first season in the ECHL, Roberts scored 10 goals and 30 assists in 70 games with the Gwinnett Gladiators. During that season he also earned multiple call-ups to the American Hockey League (AHL) with Lake Erie and Syracuse.

In 2010/11, he was named captain in Gwinnett in only his second pro season. Before turning pro, Roberts played for four years at St Francis Xavier University, where he played alongside recent Giants signing Will Colbert.

"I have done as much research on Sam as I have any player in recent years," stated Christiansen.

"There is no doubt that Sam has been able to have some great offensive years but I wanted to touch base with his coaches to find out more about his defensive ability and his injury plagued 2010-11 season.

"Each of them raved about him, on and off the ice, and all of them would have loved to have him back. Their reviews, combined with the video I have watched, have made me very confident that Sam will be excellent for us."

Roberts, who is a native of St John's, Newfoundland, will wear number six for the Belfast Giants.