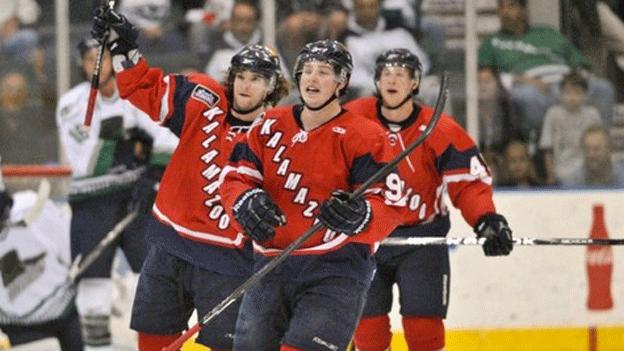 The Belfast Giants have completed their line-up of forwards for the new season by signing 24-year-old Canadian winger Andrew Fournier.

Fournier, who will wear number nine for the Giants, played for Olofstroms IK in Sweden last season, claiming 27 goals and 53 points in 40 games.

He is a proven scorer, twice notching more than 70 points in the East Coast Hockey League.

Fournier captained the Plymouth Whalers in the Ontario League in 2007-08.

"Andrew has a knack for scoring big goals, he has been on a number of good teams and knows what it takes to win," said Giants coach Doug Christiansen.

"I expect him to be an impact player for us from day one. I really believe we unearthed a gem here late in the off-season."

Christiansen believes he has an excellent offensive group as the Giants prepare for the defence of their Elite League crown.